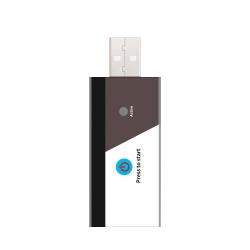 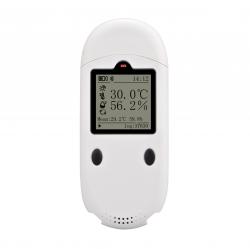 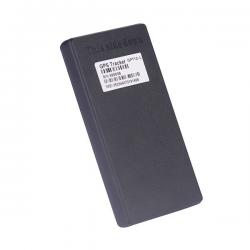 The 7 things about Cat M1 You Need to Know

Cat (CAT is the abbreviation of Category) M1 is a a low-power wide area (LPWAN) cellular technology that run on a 1.4 MHz (reduced from 20 MHz) spectrum, has a transmit power of 20Bm.

The LTE Cat M1 is a new cellular technology designed to meet the needs of applications for Internet of Things (IoT) or machine-to-machine (M2M) communications,which is built specifically for IoT projects such as IoT tracking devices.

When Cat M1 technology use in GPS tracking devices, which can extend battery life, potentially by up to 10 years.Cat-M1 supports IoT applications that require low to medium data rates and with functionality similar to a traditional 2G or 3G modem.

2. What Time is the LTE Cat M1 Technology Released

The specification for eMTC (LTE Cat-M1) was frozen in 3GPP Release 13 (LTE Advanced Pro), in June 2016.Then Verizon, the U.S wireless operator, is about to release the Cat M1 technology along with multiple partners such as Sequans, U-Blox, Altair, Nokia, Ericsson and Gemalto. It was released over the 4G LTE (Long Term Evolution) network with an open environment and at the end of the first trimester of 2017,Cat M1 has reached  nationwide U.S.coverage


The true benefits of Cat-M than other options is that Cat-M is compatible with the existing LTE network. For carriers such as Verizon and AT&T, this is great news as they don’t have to spend money to build new antennas. They simply need to upload new software as long as the devices operate within its LTE network. The existing customer bases of these two companies will most likely hear that Cat-M is by far the superior option.

The most innovative things for Cat-M1 is that it's the first LTE based hardware architecture designed specifically for low-power and low-cost IoT applications.  In the past, the hardware was always evolving with faster data rates to support broadband (phone, tablet, etc) applications.Now we can use the technology in many field，such as tracking devices.To view the 4G lte cat M1 devices at Eelink.

Frequent battery replacement for your hundreds of IoT-connected devices is definitely a tedious and heavy task. But Cat M1’s low power requirements on the device side can help to make this far less frequent.

Cat M1’s low power requirement helps to minimize data cost and improve project efficiency. This is due to the small and infrequent data transfers, as well as Cat M1’s power-saving mode, which is activated when devices are not actively sending or receiving data.

Cat M1 is an excellent option for IoT applications that have low to medium data and usage and benefit from reduced battery and power consumption.

Cat M1- also allows low-power wide area technologies to be used within a licensed spectrum, which provides enhanced security and privacy. This can be particularly useful point when the data being transferred is particularly sensitive.


Cat M1 pricing is more competitive than other providers in the market. This is because, unlike LoRaWAN, Cat M1 connectivity uses LTE, you don't pay for new antennas and other equipment to build the IoT system. What's more, Cat M1’s low power consumption decreases more maintenance costs drastically than other connectivity options like 3G and satellite.

5 The Application of LTE CAT M1

Devices supporting LTE Cat M1 can be fully switched between mobile vehicle network units, making them ideal for applications with low to medium data rate requirements such as vehicle tracking, asset tracking, telematics, fleet management and more. 4GGPS locator is the full use of this technology.


CatM1 is also ideal for monitoring metering and utility applications through both regular and small data transfers. Network coverage is a key issue in smart metering deployments. Since the meter is usually located in a building or basement, the extended range of the Cat M1 allows for better coverage in difficult to reach areas.


With its coverage, voice support and mobility expanded, the Cat M1 is also an air interface option for interconnected health applications such as outpatient monitoring and instant solutions.

6. The difference of LTE Cat M1 and NB‐IoT


When it comes to LTE Cat M1, it is inseparable from NB‐IoT, they are like brothers.

NB-IoT (narrowband IoT) and Cat-M1, which are both 3GPP standardized technologies. While very complementary to each other, they are addressing different types of use cases based on the strength of the capabilities of the two technologies.

Compared to NB‐IoT, the LTE Cat M1 is ideal for mobile use cases,because it handles switching between towers like high-speed LTE. For example, if a vehicle needs to travel through several different network elements to move from point A to point B, then the Cat M1 device behaves the same as a cellular phone and does not lose connectivity. In contrast, NB‐IoT devices must re-establish a new connection at some point after reaching a new network element.

Another big advantage is the support of voice functionality via VoLTE (LTE Voice), which means it can be used in applications that require a certain level of interpersonal interaction, such as certain health and security areas (eg, instant solutions and alarm panels).


To know more about NB-IoT Technology

7.LTE CAT-M1 use in Trackig devices

The LTE CAT-M1 technology has many benefits in GPS tracking devices.Using the downlink capability of the Cat-M1 devices allows us to do things like：

7.1 update firmware over the air (FOTA)
7.2 download GNSS (GPS) aiding data which makes a massive difference in GPS performance
7.3 change device configurations easily
7.4 remotely debug devices and troubleshoot
7.5 put devices into "Recovery Mode" to get your assets back if stolen

Not only that, but in the future we will have more devices to support LTE CAT-M1 technology.

We should know that the US has embraced LTE Cat-M1 and all of the major carriers support it.Eelink's tracking devices will work well in US.